Written by Mark DeSantis in collaboration with Ralph J. Kramer

“Although fans of the NHRA sometimes refer to funny car driver Dick Harrell as Mr. Chevrolet, ladies and gentleman, there really was a Mr. Chevrolet and his name was Louis Joseph, and he migrated to America with his 3 brothers: Alfred, Arthur, and Gaston Chevrolet.

“The great Louis-Joseph Chevrolet was born Christmas Day, December 25, 1878, in the Bernese Jura region of La Chaux-de-Fonds, Switzerland. During his childhood he spends time in the villages of Bonfol and Beurnevésin, which were close to the French border. Around 1887, when Louis was around nine years old, the Chevrolet family left Switzerland to live in Beaune in the Côte-d’Or region of France. Gaston Chevrolet was born in Deaunt, France, Oct. 26, 1892 followed by Arthur in 1896 born in Bonfol. In Swiss fashion, Louis’ father Joseph worked in the watch and clock trade while Louis learned to repair and later race bicycles. Louis had gained intense interest in the repair of bicycles while working at the Roblin mechanics shop (1895-1898) which fixed carriages and bicycles. There he learned the basics of gears and mechanicals. As a teenager, he was a guide for a local wine cellar. An early account said he was impatient with the slow decanting of wine from cask to cask so he invented a wine barrel pump that speeded the process and was used extensively in the Burgundy region for decades. He would also build and sell his own bicycle called the Frontenac. This name would be later used for his race cars. There is an old Bonfol story that is told about Louis meeting American millionaire and racer William K. Vanderbilt. While on vacation in Europe, Vanderbilt was looking for a mechanic to repair his cycle. The story suggests that while getting his cycle fixed at Roblin, Vanderbilt observes Louis’ skill fixing his cycle and invites the young Chevrolet to come to America, suggesting that there was grand opportunity for someone with his abilities. Many young men of that era would compete in bicycle racing in the Hills of Beaune. Louis not only competed, but he won numerous bicycle races. During his teens, although in great physical shape, Louis loses interest in the bicycle and becomes a well-groomed, six foot chauffeur; a job which required driving and mechanician skills. Before the turn of the century, while at a waterfront tavern in Montreal, Chevrolet meets Henri-Emile Bourassa and stays at the Bourassa home for a period of time, before leaving for New York. Bourassa, who was from a family of cabinet makers, turned to automobiles and made his first car in 1899. Chevrolet who later wanted Emile to join him in Detroit, however remained in Montreal, his last car built in 1926 with a Rickenbacker chassis.

Read all about Mr. Chevrolet here…

Stop by for a test drive and find out about our special promotion for a limited time. 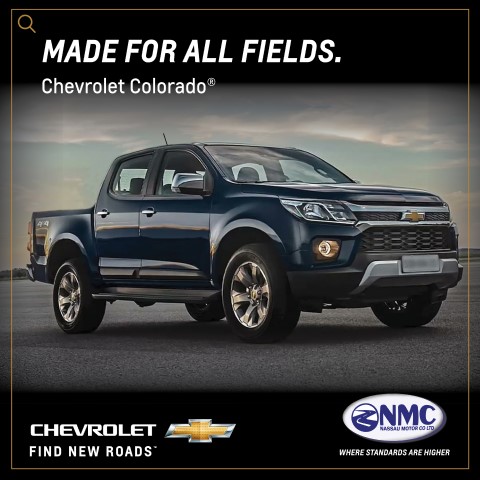