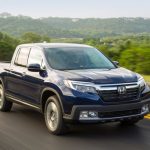 TORRANCE, Calif. – The 2017 Honda Ridgeline, recently named 2017 North American Truck of the Year, is now the only pickup truck in America to earn the highest possible safety ratings from both the U.S. government and the Insurance Institute for Highway Safety (IIHS). The 2017 Ridgeline earned a best possible 5-Star Overall Vehicle Rating from the National Highway Traffic Safety Administration (NHTSA) with Ridgeline already ranking as the first and only pickup to earn a TOP SAFETY PICK+ rating from the IIHS.1

The Ridgeline pickup achieved a 5-star Overall Vehicle Rating in the NHTSA’s New Car Assessment Program (NCAP) by scoring 5 stars in the frontal crash tests for driver and passenger, 5 stars for side crash tests for both front and rear seats, and 4 stars in the rollover test.

The all-new 2017 Honda Ridgeline was researched, designed and developed by Honda R&D Americas and is produced exclusively by Honda Mfg. of Alabama in Lincoln, Alabama.2 Its 3.5-liter V-6 engine is also manufactured at the Alabama plant, with its automatic transmission made by Honda Precision Parts of Georgia in Tallapoosa, Georgia.2 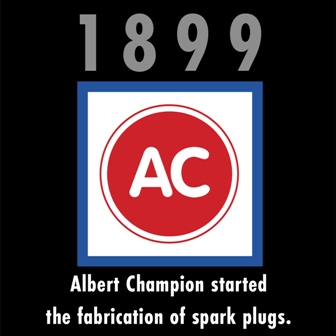 The history of ACDelco is related to the history of the automobile itself. Since the manufacture of our first spark plugs, the arrival of the man on the moon and