We read the recent press interview with Mr. James Smith, former Governor of The Central Bank of The Bahamas, and thought it might be useful to point out that automotive companies are on price control (vehicles and parts), so have nowhere to increase goods to compensate for this increased cost of doing business with higher business license taxation.

In addition, auditors have informed us that there are limited means to “legally minimise” taxes as suggested.

It might also be of interest to note that as companies with a high turnover and minimal profit like the automotive industry, the Business License Tax comes directly off the bottom line. In some cases the new taxes will amount to more than net profit, without drastic measures that might include layoffs, salary and benefit cuts etc. Measures many automotive firms have been avoiding as good corporate citizens. Could closure be far behind for some struggling enterprises?

New vehicle sales, the industry’s bread and butter, dropped 62% in 2008 and most of us have been struggling to recover ever since. There are two retailers that are currently enjoying good levels of sales, so they might still remain profitable after paying the additional taxes, but as the old saying goes, the wind does not blow in the same direction all the time.

Obviously if taxes were applied on net profit rather than gross sales this would be a more reasonable approach.

One final point. The industry has been hit with the double whammy of increased import taxes on fuel efficient vehicles which might have a further negative impact on sales.

We are hopeful that some rationalisation will be brought into the revised system that could potentially cause harm to businesses, our associates, and by extension the economy. 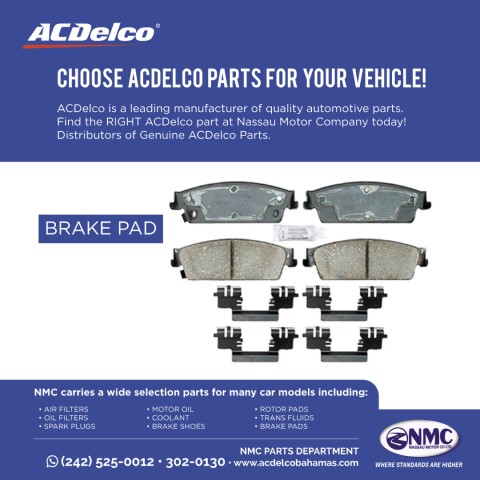 GM Genuine Parts Original Equipment Brake Pads are the friction material used in disc brakes that press against the brake rotor to stop the vehicle. This friction-enhancing material is bonded 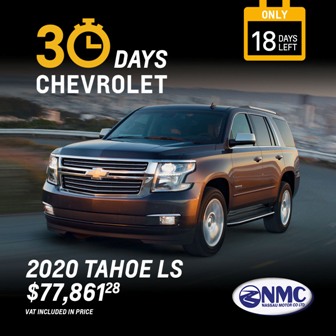 18 days left in our Chevrolet 30 day countdown. Tahoe has all the creature comforts too. Bold styling. A comfortable, upscale and totally connected cabin. Responsive V8 performance with impressive 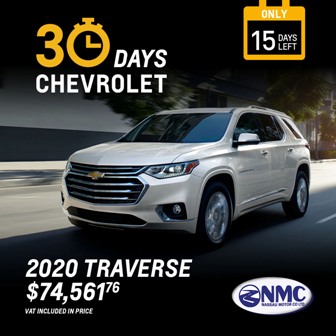 15 days left in our Chevrolet 30 day countdown. Traverse. Everybody in? Whether you’re looking to hold a large family or just your big personality, Traverse is ready for anything.